Hit enter to search or ESC to close

(De)othering is a 36 month research project (2018-2021) which seeks to examine the media and political representations of migrants, refugees and “internal others” in Portugal and across Europe. Coordinated by Gaia Giuliani and Sílvia Roque and hosted by Centre for Social Studies, the project is funded by the Portuguese Foundation for Science and Technology (FCT).

(De)Othering: Deconstructing Risk and Otherness: hegemonic scripts and counter-narratives on migrants/refugees and ‘internal Others’ in Portuguese and European mediascapes, is a 36 month project that sets out to critically examine media representations on migrants, refugees and ‘internal Others’ in Portugal and across Europe while mapping out their interconnections with particular narratives in the field of security and within the War on Terror. Its focus – an analysis of Portugal in the light of other European cases affected by terrorist threats (United Kingdom and France) and by migrant/refugee flows (Italy and Germany) – aims to explore the construction of transnational narratives of risk pervading Europe regardless of the ‘differential’ exposure to them.

It will specifically analyze:

a) How do media represent migrants, refugees and ‘internal Others’ within a political context of War on Terror and securitization of migration?

c) Do they instead convey representations that may promote an ontology of peace and solidarity?

The project’s epistemological approach is based on the constitutive role of discourses, namely the ways in which particular understandings and myths are mobilized, intentionally or unintentionally, by specific actors and how these discourses shape particular perceptions and practices of security. The focus is on the discursive and ontological preconditions that allow/hinder political change.

The project maps out the circulation and co-construction of dominant and alternative media scripts (in visual and written texts) produced since 2008. Viewing the Portuguese media and political landscape as part of the European ‘imagined community’ (Anderson, 1982) and of a broader continuum of representations of migrants, refugees and ‘internal Others’ within the current global context of economic and political uncertainty, the project focuses on scripts:

2) within the European political arena, by comparing media data with political speeches and actions surrounding these paradigmatic cases; and

3) within relevant counter-narratives in media and political/activist domain (texts to be identified and explored through CDA, while media experts, political representatives and activists will be selected and interviewed).

The project will adopt an ecological approach to media representations by integrating analysis of mainstream and social media discourses. Its outputs include a website, several academic publications and open seminars, a manual on media literacy, a toolkit on media representations for journalists and editors, an international conference, and an exhibition.

Funded by FEDER – European Regional Development Fund through the
COMPETE 2020 – Operational Programme for Competitiveness
and Internationalisation (POCI), and by Portuguese funds through FCT in the framework
of the project 029997. Reference: POCI-01-0145-FEDER-029997. 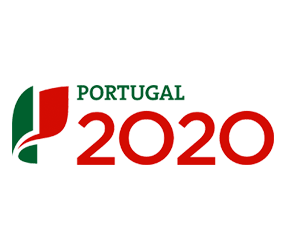 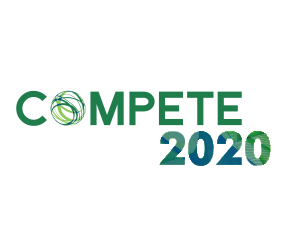 The Centre for Social Studies of the University of Coimbra is a scientific institution focused on research and advanced training in the Social Sciences and the Humanities, through an inter and transdisciplinary approach.

Since its foundation, in 1978, CES has been conducting research with and for an inclusive, innovative and reflexive society. CES work covers a wide range of scientific approaches, with particular focus on the North-South and South-North dialogues.

At the present, CES offers 12 PhD Programmes, in partnership with the University of Coimbra and other entities and there are more than 50 research projects being carried out, national and international funded, of different nature and size. CES has over 800 people, among Researchers, Post-Doctoral Researchers, Doctoral Students, Junior Researchers and Staff.